Delay in shipbuilding projects may ultimately grant the buyer a cancellation right, thereby giving rise to both legal and economic risks for the shipbuilder. Under the circumstances, the builder’s “interpellation” right can help mitigate those risks and provide clarity for both parties.

Timely delivery is of utmost importance in shipbuilding projects. For various reasons, delays nevertheless often occur, thus creating a need for clear regulation of the parties’ rights and obligations. Standard contracts such as the Norwegian Standard Form Shipbuilding Contract 2000 (“SHIP 2000”) (Article IV) and the Shipbuilding Contract of the Shipbuilders Association of Japan (the “SAJ Form”) (Article VIII), grant the buyer a right to claim liquidated damages, in addition to a right to cancel the contract if delivery of the newbuild is delayed beyond a pre-agreed period.

The “interpellation” right entitles the builder to require the buyer to elect to either accept delivery of the delayed newbuild at a specified, new future date or cancel the contract forthwith. If the buyer does not respond, this may result in the buyer losing a right of cancellation. The builder may not like the buyer’s decision, but by using the interpellation right, the builder can obtain clarity as to the fate of the delayed project.

The concept and rationale of the interpellation right

The rationale for granting the builder an interpellation right becomes evident in cases where the buyer has a right to cancel the contract for delay, but instead does nothing and awaits further action whilst reserving his rights. This creates a challenge for the builder, who must honour his contractual obligations and continue construction, meanwhile facing the risk of significant losses if the contract is eventually cancelled by the buyer. The builder will want clarity as to whether he should proceed with the construction or prepare for a cancellation of the contract. Such clarity may be achieved through the use of the builder’s interpellation right, which becomes relevant both when delivery is actually delayed beyond the agreed cancellation date and when it is anticipated that delivery will be delayed beyond this point. 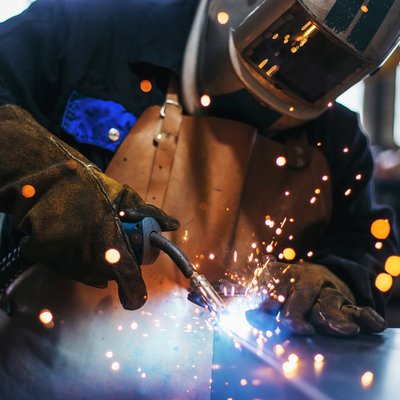 Unlike in situations of actual delay, i.e. delay beyond the cancellation date, the standard wording of Article IV, 1 of SHIP 2000 does not explicitly grant the builder with an interpellation right for anticipated delay. Under Norwegian law, the builder can in such cases rely on the background law principles of interpellation, set out in the Norwegian Sale of Goods Act Section 24. This provision states that “[i]f the seller […] notifies the buyer that he will deliver within a stated time, but the buyer fails to reply within a reasonable time after receiving the notice, he cannot cancel if performance is effected within the stated time”. Faced with the decision of whether to submit such a notification to the buyer, the builder must consider that by admitting that there is a significant delay in the shipbuilding project, he is also giving the buyer a right to cancel the contract. The risk of loss of contract in this context must be weighed against the builder’s need for clarity on the way forward and the possibility to mitigate potential losses.

Where there is a risk of cancellation by the buyer, the builder should carefully consider the circumstances causing the delay before making use of an interpellation right. Relevant circumstances to consider are the extent and nature of the actual or anticipated delay, including the existence of force majeure or other circumstances for which delay is permitted under the contract. The builder should also be reasonably certain that he will in fact be able to deliver the newbuild at the specified, future date – if he fails to do so, the buyer will be entitled to cancel the contract. The builder should also take note that once the buyer has been requested to elect between cancelling the contract or accepting delayed delivery, the builder may be deemed to have waived any potential rights to dispute the buyer’s grounds for cancellation.